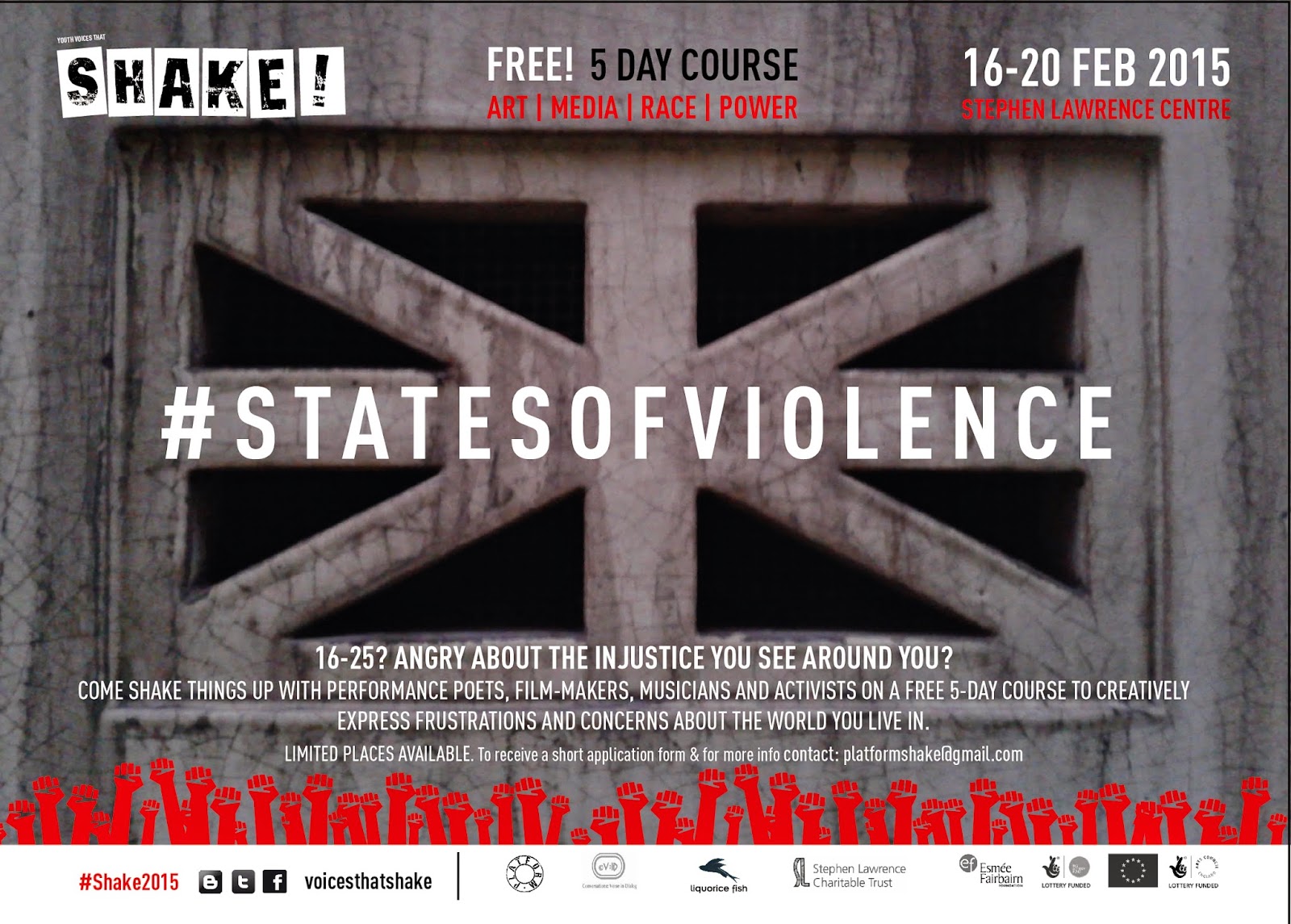 16-25?
Angry about the injustice you see around you?
Come shake tings up with performance poets, film-makers, musicians & activists on a free 5 day course to creatively express frustrations & concerns about the world you live in.

To receive a short application & for more info, email: farzana@platformlondon.org
Art can be a powerful non-violent force for change.

Each day Shake! creative workshops will provide space to imagine what justice looks like, experiment with new ideas, learn new tools and fire up your imagination.

States of Violence is exploring:
-State violence and police brutality
-The construction of violence and its impact on our states (physical, mental, spiritual/values)
-Gender based violence, patriarchy & transphobia
-Gentrification as violence
-Resistance: violent & non-violent strategies
-Militarization of everyday life
-Prisons & detention centres
·-Violence through the construction of the Other and violence through continued Other-ing


Join us, where else you gonna be?

Over the five days, the course will include:

>> practical hands-on techniques in spoken word, online media, film/video and music technology to develop your ideas around injustice and power.

>> opportunity to showcase your work and continued involvement in the Shake! network.