Win £100 and your writing published in Red Pepper 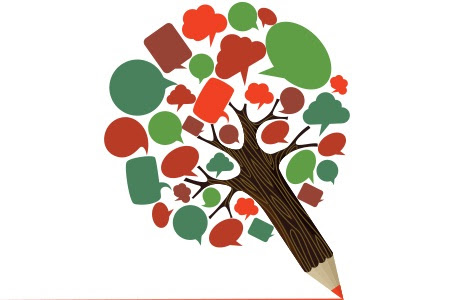 Calling all young writers, activists and aspiring journalists! If you're aged between 16-25 years old then why not enter our young writer's competition? Entries will be judged by George Monbiot, author columnist for The Guardian; and Kara Moses, environment editor at Red Pepper.

The winner will get their work published in Red Pepper, receive £100 and get a one years subscription to the magazine. We will also publish some of the runner up entires on our website. Just answer the following question:

How can we make our world fairer and more sustainable at the same time?

Write up to 800 words about an inspiring project or policy which is tackling the environmental crisis and addressing social or economic injustice at the same time. Where has this initiative been discussed, developed or adopted? Could it be applied elsewhere?

There is no doubt that the issue of the  veil, niqaab, worn by some Muslim women is increasingly featuring in Politics and the media. An MP refuses to see members of his constituency if they wear such a garment, a University Student Union calls to ban it, and the Home Minister insists we have a “national debate” around the issue.

Some commentators have spoken out on the issue, arguing the freedom to wear what we want in public needs to be respected. Simon Jenkins rightly explains a national debate is mirroring the actions of states like France, who made a national decision on the issue. If women wearing the niqaab were committing more crime, if such a garment was genuinely linked to security threats, or if it was counteracting integration, I’d be among the first to support a national debate about the issue. Let’s be honest: as it stands, it just makes us feel a bit uncomfortable.

The majority of Islamic thought describes the niqaab as an additional act of worship, and this has meant different things to women in different lands over time. In the end, women are left to make their own choices about the way they choose to dress, and the results of using our intellect is reflected in the diversity of clothing Muslim women wear on the streets of Britain today. We can’t hide from the fact that some women choose to wear the niqaab, nor should we desire to. What we fail to understand is that this simple act, which causes no harm, is an act of attempted integration. People who stay at home all day and don’t interact with people need to give no thought to what they wear, simply because they are not in the public eye. The niqaab, which is an act of worship, is also the mechanism by which some Muslim women create the right conditions for themselves to interact in, experience and contribute to their societies. Living in a country where the majority of the population is not Muslim, such a decision does not come lightly, and reveals a strength, passion and commitment to their values. Being denied the right to dress how they want, these valuable women will simply retreat from the society which will only benefit from them being active within it. There are certain situations which allow for Muslims to compromise their position on issues, for example, a woman being seen by a male doctor, but beyond exceptional circumstances, they will not compromise. Why should they?

Liberal arguments in favour of banning the niqaab centre on protecting the freedom of women, and emancipating us. Such a stance would stand strong in a society where the niqaab is a symbol and tool of oppression. It makes little sense that such a tool of oppression would be worn publicly by women who are out doing things – working, shopping taking children to school, addressing conferences, changing the world… Again, if it was proved that the niqaab is forced upon women and used to oppress them, I would be among the first to call for a national debate. Admittedly there are cases in the World where the niqaabl is misused, but I think we would struggle to think of any form of practice or idea that hasn’t been misused for personal gain at some point. Those issues need addressing differently.

We will be heading down to this great event, come join us!

Networking heaven and a thought-provoking experience for UK Black and Asian writers and budding writers — and those interested in their writing.

For more info check out the official page:

Just seen this lovely write-up of Selina's performance at Numbi Arts back in July by Funmi Adewole, one of the author's who'll be reading at tomorrow's Numbi Arts book launch with Sai https://www.facebook.com/events/574821395910749/?ref=22

September the 10th marks a very special day for our very own super shake!r and awesome facilitator Sai.


The official London launch of Numbi resident poet Sai Murray's debut poetry collection: "Ad-liberation"  Delighting in cut-n-paste wordplay and following in the committed political footsteps of Gil-Scott-Heron and Linton Kwesi-Johnson, Sai's poetry offers personal takes on racism and challenges the inevitability of corporate power, consumerism and ecological blight. “wit and joyful engagement with language carries these poems to the heart”

As well as this Sai designed the beautifully crafted Scarf magazine which will also  launching on the evening. 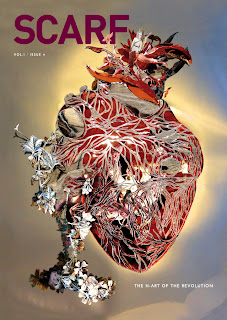 Come on down to Rich Mix on Tuesday , show your support and celebrate with us.